Learn to Play
Four heroes tasked with saving the world from an unspeakable evil loose all their weapons and gold in a mugging. What can they do to get the weapons to save everyone? What else but “borrow” them from the local fantasy Costco?

In the real time Spiel Des Jahres nominated game Magic Maze you are not these heroes, you are one or more of their actions (go east, go north, explore, telport and so on). Guide the heroes to their required weapons. Once all the heroes are there, they all grab them at the same time and the fantasy Costco goes into lockdown, the heroes must get out.

Sound easy right? Well there’s two wrinkles…. you’re racing against a sand timer and your only means of communication with the other players is a giant annoying red pawn.

This game is stressful, hilarious, but most importantly, a lot of fun!

Reserve your spot for Magic Maze on Warhorn.[/vc_column_text][vc_zigzag] 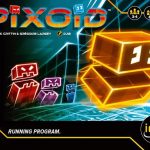 Learn to Play
With your controller, move around the circuit board ! You play Pixoid? Try to escape the Bugs as long as possible! You play a Bug? Coordinate your movements with other Bugs to catch Pixoid as fast as possible! A new player becomes Pixoid at every round. When each player has played Pixoid, whoever has the most victory points wins the game.

Reserve your spot for 8Bit Box; Pixoid on Warhorn.
[/vc_column_text][vc_zigzag]

In DropMix when you lay a card on the board, it adds a part of the card’s song to the mix (such as bass, drums, guitars, vocals etc). By combining different songs together you can create a brand new mix.

But it’s not just about the music, there’s three different game modes to play. In Party, you’ll work together with other players playing cards from your hand to meet the requests of the audience as fast as you can to score the most points. In Clash, it’s a head to head battle to see who can control the mix. And in Puzzle you’ll try to play it smart to clear the blocks away.[/vc_column_text][/vc_tta_section][vc_tta_section title=”Saturday” tab_id=”1541398993272-0e4a5bbb-7322″][vc_column_text]

Tournament
Get your lycra on Saturday morning as we set off on a race through the scenic roads of France. Up and down the mountains you’ll go until you hit that final straight. But is your sprinter too exhausted to take the win?

Tournament
Colonising sure is hard work. So why not take a break from all that terraforming and instead play a round of golf on the red planet.

In this dexterity golf game, you’ll be flicking your golf card over and around obstacles and into the crater hole. But watch out for the sand trap. Golf claps encouraged. 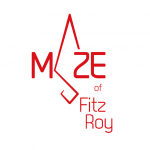 Learn to play
From legendary designer Richard Garfield, KeyForge: Call of the Archons is the world’s first Unique Deck Game. Every single Archon Deck that you’ll use to play is truly unique and one-of-a kind, with its own Archon and its own mixture of cards in the deck. If you pick up an Archon Deck, you know that you’re the only person in existence with access to this exact deck and its distinct combination of cards. In fact, in just the first set of KeyForge, Call of the Archons, there are more than 104 quadrillion possible decks!

KeyForge: Call of the Archons is played over a series of turns where you, as the Archon leading your company, will use the creatures, technology, artifacts, and skills of a chosen House to reap precious Æmber, hold off your enemy’s forces, and forge enough keys to unlock the Crucible’s Vaults. You begin your turn by declaring one of the three Houses within your deck, and for the remainder of the turn you may only play and use cards from that House. For example, if you take on the role of the Archon Radiant Argus the Supreme, you will find cards from Logos, Sanctum, and Untamed in your deck, but if you declare “Sanctum” at the start of your turn, you may only use actions, artifacts, creatures, and upgrades from Sanctum. Your allies from Logos and Untamed must wait.

Next, you must strive to gain the advantage with a series of tactical decisions, leveraging both the cards in your hand and those in play to race ahead of your opponent. If you wish to weaken your rival’s forces, you may send out your allies to fight enemies on the opposing side, matching strength against strength. Otherwise, you may choose to use your followers to reap, adding more Æmber to your pool.

Thanks to VR Distribution, we’re raffling off a bunch of games including Lords of Hellas and Rise of Tribes. Proceeds of the raffle will go to One Girl who help girls get education in places that are challenging to be a girl.

So make sure you buy a fistful of raffle tickets! 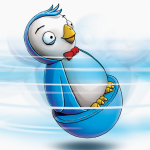 Pyramid of the Pengqueen and IceCool, 6pm

Learn to Play
Learn to play IceCool and it’s spin off Pyramid of the Pengqueen.

In the dexterity game of IceCool, three players zip around the school halls trying to grab fish while being chased by the fourth player who is the hall monitor. Can the hall monitor catches enough of the cheeky penguins grab a whole pile of fish?

Plus you could win a trip to Antartica or a $400 game pack just by filming a trick shot, see https://www.icecoolantarctica.com/ for details.

Reserve your spot for IceCool on Warhorn.

Reserve your spot for Pyramid of the Pengqueen on Warhorn.

In the village there’s talk of werewolves. They seem like you or I by day, but when we are sleeping they’re out hunting. But maybe there’s a chance that we can sniff them out before they kill us all.

Find a bargain or a hidden gem amongst the tables of the flea market. Snap it up quickly or stand in the corner and wait for the price to go down.

Remember to bring cash and some carry bags to take home your new used games! 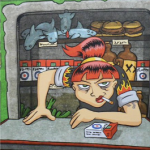 Tournament
For the fifth time at MeepleCon we’ll be finding our way to playing Fische Fluppen Frikadellen!

So once again it will return. it has been played.

All you need to do is buy, sell and trade goods with the feisty food truck vendors in order to get what you need to fetch three fine fetishes (which are tiki idols).

But to get all three fetishes you’ll need to travel to each of the three boards, each of which have different food trucks and different markets (and different player speeds).

It’s all good fun and certainly an experience! 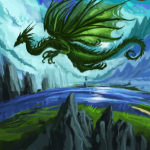 Play it like it should be played, fast and brutal. Each player has their own time ticking away, so they need to take their turn quickly, because if you run out of time before your last move, you loose.

In two teams of two, you’ll be rolling marbles down the chute to knock a giant ball into the the other teams goal. But they’re trying to do the same and you’ve only got so many marbles… don’t waste them!

Winner to receive a copy of BONK.

Thanks and Goodbye  4pm

Where we thank all those that made MeepleCon happen and tell you about all the exciting things coming up.[/vc_column_text][vc_zigzag][vc_column_text]